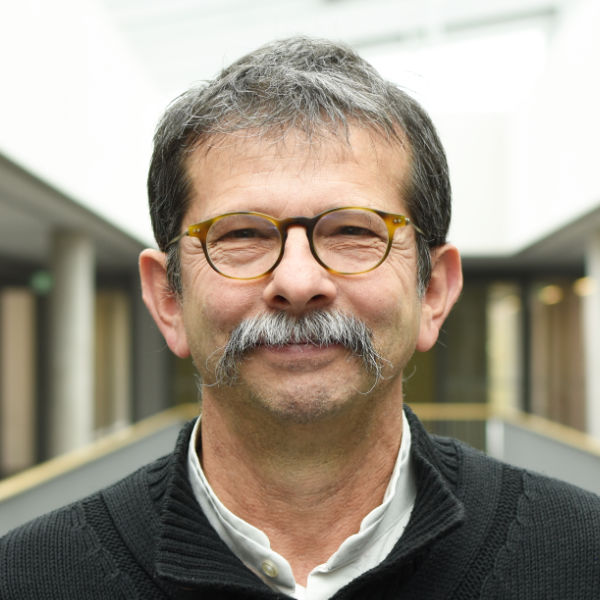 Monitoring and modelling microplastics in the greater Paris and the river Seine; pollutants associated with microplastics.
Microplastics assessment in wasterwater treatment plant – occurrence, removal and fate.

Bruno Tassin is Senior Scientist at Leesu, Ecole des ponts ParisTech. During the first part of his scientific career, he worked on lake ecosystem restoration and developed mathematical models coupling the physical and the ecological behaviour of such systems. He worked mainly on prealpine lakes like lake Bourget, and also on the physical behaviour of lake Pavin, a meromictic lake with a very specific ecosystem. Then he moved to the mathematical modelling of urban water systems, still coupling physical behaviour and water quality. His interests in micropollutants increased and since 2014, with Johnny Gasperi he has started new research on plastic debris (macro- and micro plastics) in the aquatic environment with a specific focus on urban hydrosystems. In collaboration with Rachid Dris they produced the first results on the presence of plastic fibers in atmospheric fallout as well as in indoor air. They also produced the first microplastic budget at the Greater Paris scale.

Johnny Gasperi holds a PhD in environmental sciences from the École des Ponts ParisTech (2006). During his PhD, he studied the sources and transfer of micropollutants in the Paris combined sewer during dry and wet weather periods. He has initiated research projects on the fate of emerging micropollutants in urban areas and at the watershed level. Since 2014, with Bruno Tassin he has started new research on plastic debris (macro- and micro plastics) in the aquatic environment. In collaboration with Rachid Dris they produced the first results on the presence of plastic fibers in atmospheric fallout as well as in indoor air. They also produced the first microplastic budget at the Greater Paris scale. He supervises various research projects on this subject such as Plastic-Seine, Macro-Plast, etc. The specific objectives of these projects are to study the sources, flows and fate of plastic debris in urban areas and in the freshwater continuum, from the river to the estuary.

Rachid Dris has conducted a thesis at the University of Paris-Est Creteil between 2013 and 2016 on the plastic pollution in the Greater Paris area. First results on the presence of microplastic fibers in the atmosphere were provided. Microplastics were analysed in several compartments including wastewater, treated water, runoff and receiving water. These results allowed the establishing of a first microplastic budget at the greater Paris scale. Rachid Dris worked afterwards since 2017 as a Postdoc at the University of Bayreuth with the BASEMAN project aiming at undertaking a profound and detailed comparison and evaluation of all approaches from sampling to Identification of microplastics. He is holding now a Postdoc researcher position at the LEESU (Laboratoire Eau Environnement et Systémes Urbains) at the UPEC (University of Paris-Est Creteil).